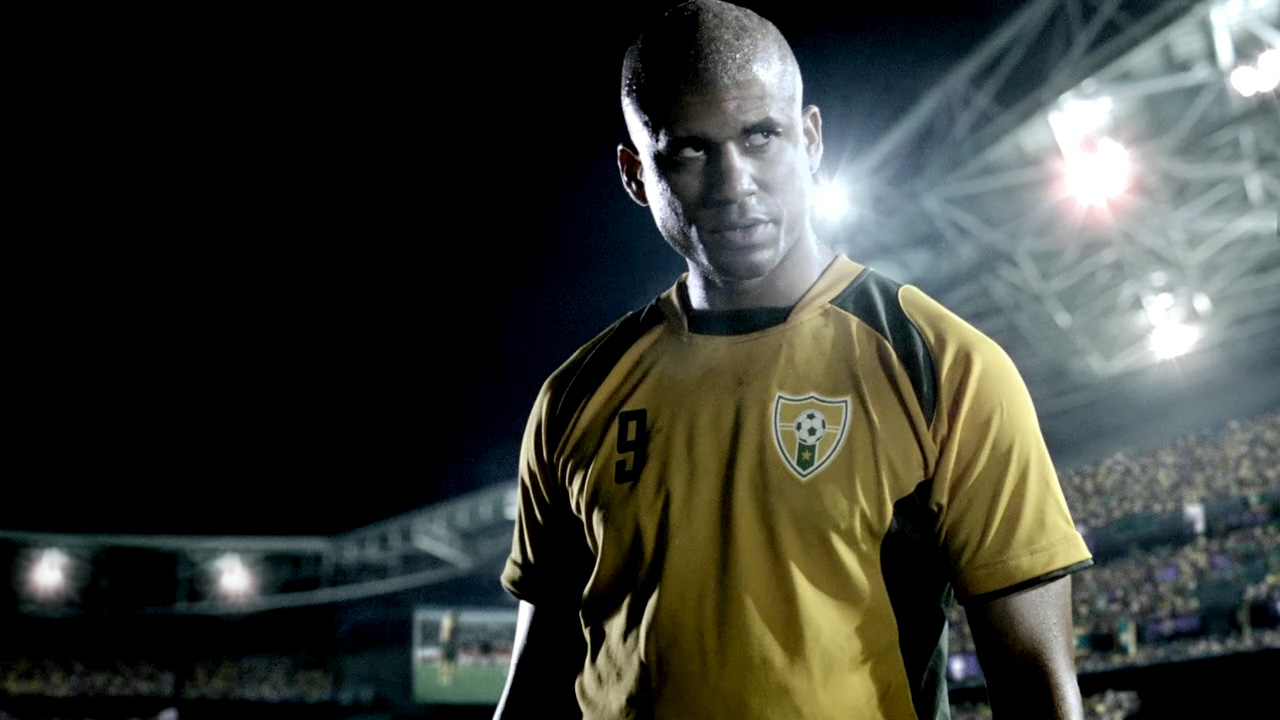 This weekend marked the start of FIFA’s highly anticipated World Cup, and with it, the premiere of our latest spot for Budweiser called 'Kick.'
Director:
Paul Middleditch

"It was great to work again with Paul and DDB," says Wellsman, who had teamed up with them before on Budweiser. "There was a very collaborative, enthusiastic spirit that was contagious! Not only did Paul get a lot of funny performances and great innovative shots-doubly impressive because we had limited access to the pitch, which had to be kept pristine for an upcoming game-he is extremely FX savvy. Everything added up to a high-caliber, entertaining commercial."

To create the 40,000 or so card-bearing fans who surround the live-action principals and extras, The Mill created animation driven by Massive. In addition to Wellsman, key players were Lead 3D/Massive Artist Wyatt Savarese and 3D artist Ruben Vandebroek. The spot's biggest challenges, says Wellsman, were figuring out how to turn the stadium full of cards to optimally reveal the Hula Girl and Budweiser Bottle decoys, and how to maintain a realistic feel throughout.

After extensive R&D, the cards (upwards of 20,000 Massive agents in a wide shot) were staggered slightly and turned left to right, Wellsman explains. 3D R&D wrote a script to export the cards from Massive so textures could be added. All animation was also scripted with variables to change it quickly, enabling the team to be nimble and complete post/FX within a tight schedule. And camera flashes, smoke and light were added in Flame.

In camera shots-both close up and wides of extras lifting the cards-also helped tell the story and maximized the impact of the wide shots, Wellsman relates. Other details helped as well, he notes, such as changing the color in the grade of the cards in the Hula Girl wide shot to match the color of the card of her skirt.

"Realism comes from random touches," says Savarese. "There are lags in timing turning the cards or some people don't hold up cards. On the wide shot of the Budweiser Bottle, for instance, one card is missing and you see a fan's head instead."

Other touches, Vandebroek adds, are "gaps in between the cards to create realism, like the staircases you see here and there in the stadium. And flags and banners were added throughout the stadium."